Cima Brenta is one of the great mountains of the Brenta Dolomites.
It is still not perfectly clear, but it seems that the lowering of the snowfield on top of Cima Tosa led to Cima Brenta being the highest in the group.
We are talking about a few meters difference. Christian Casarotto, researcher and glaciologist from the Museum of Science of Trento, says: «I don’t know which is the highest. The advice is to climb both. ”
It is certainly an imposing and very panoramic peak, intricate and relatively uncrowded.

Historical note: the first ascent of the summit was achieved in the far August 1871 by the English mountaineer Freshfield who, with Tuckett and the guide Devouassoud, climbed from the west flank through the upper Brenta glacier. This route has been the only repeated one for years, until its almost complete abandonment when Garbari, in 1894, gave birth to the homonymous route from the east side. 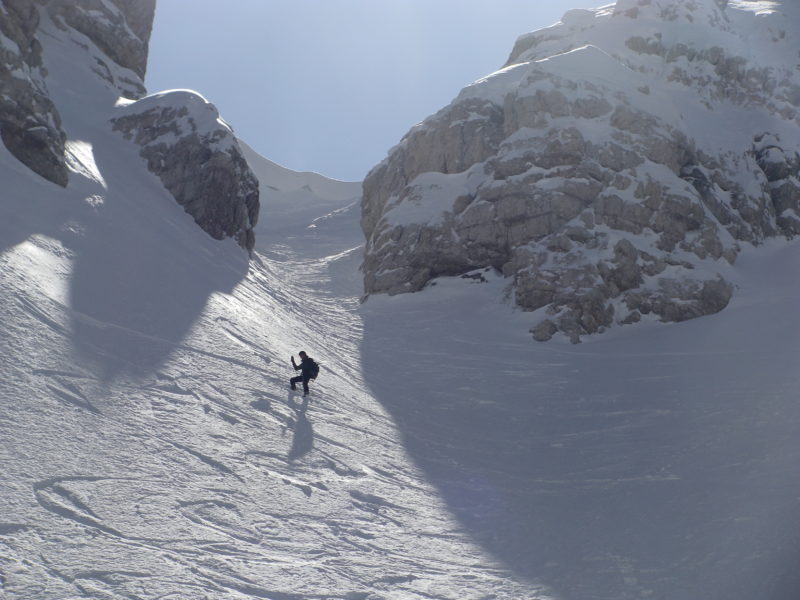 Logistics: The program plans on reaching the refuge independently on the first day and then meet the guide for dinner. The next day we will leave at dawn for the summit.

If you are alone, do not hesitate to contact me, I could find you a partner to share the costs with.